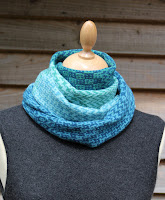 September 2015 will see the timely return of Borders based knitwear designer Frances Teckkham.

Teckkam graduated from Kingston University in 1976 with a BA Hon’s in Fashion and Textile design. Since then Teckkam has worked as a knitwear, accessories and graphic designer in the Scottish Textile Industry for various companies including Johnstons of Elgin, Lyle and Scott, Mackintosh, Beggs of Ayr, Hawick Cashmere and Claridge Mills. Teckkam has also worked developing British-made products for several international designers including Michael Kors and Hedi Slimane/Dior.

“Since my introduction to knitting, as a student, I have enjoyed the transformation that comes from knitting yarns into fabrics and garments and the infinite variations that can be created with yarns, colours, structure and pattern” states Teckkam.

James Donald, co-owner of Concrete Wardrobe added “With the onset of the cooler weather it’s great to get Teckkam’s work in store and with her on trend combinations of colour and texture her pieces are sure to cheer up an autumn outfit ”

Teckkam likes to experiment with the effect of colour of pattern and pattern in colour. Influenced by the historical use of patterns from around the world to decorate everyday objects. Teckkam also draws inspiration from a wide range of sources such as: traditional Fair Isle and Nordic knitting; colours and patterns from Moorish ceramics and interior decoration; and many other areas of the decorative arts.

Ultimately Teckkam likes to create things that are individual, beautiful and usable and we at concrete Wardrobe could not be happier that she does.