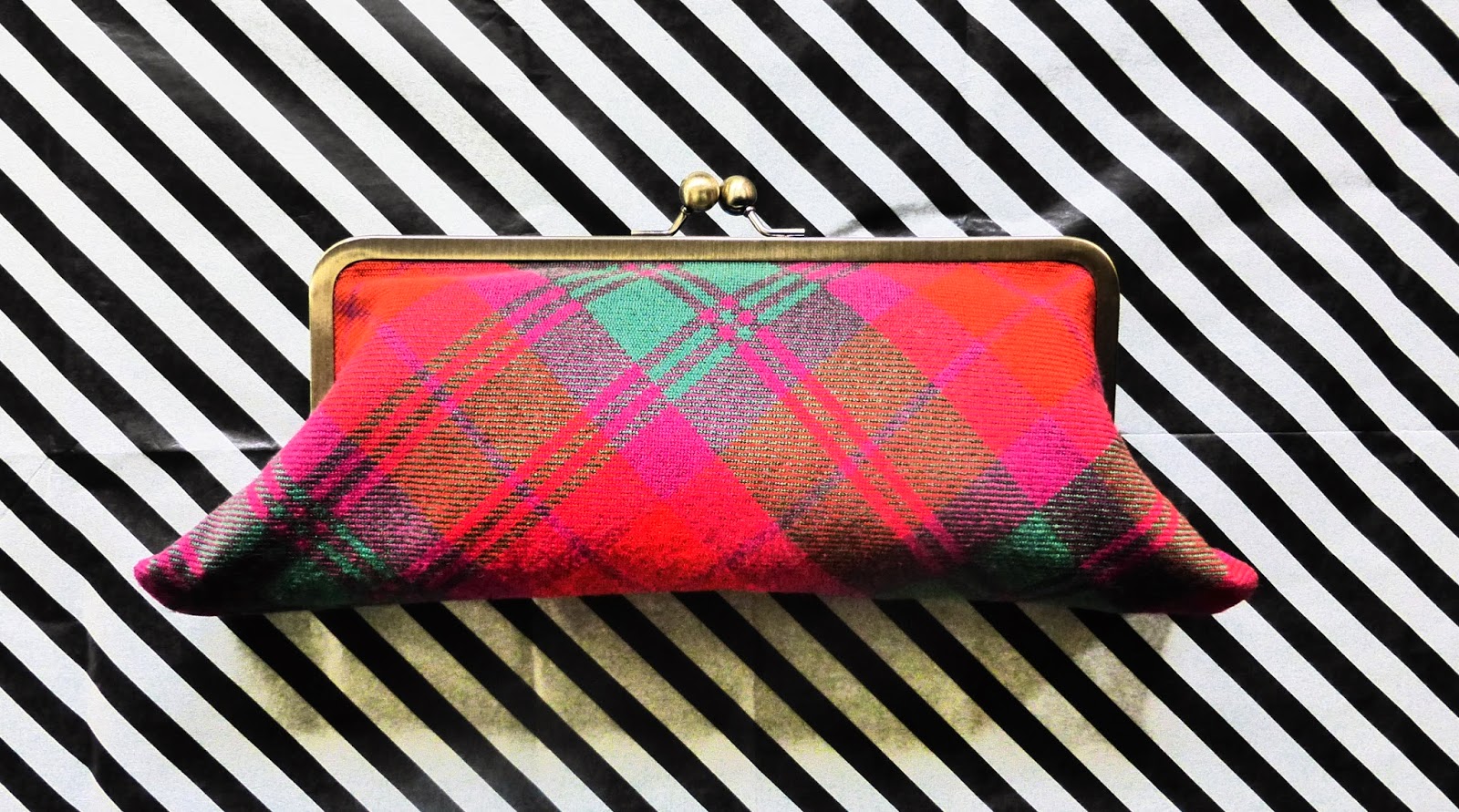 This September, the textile accessories of Lesley Thornton’s ‘Crimson’ label are on display at Concrete Wardrobe for the latest Maker of the Month exhibition.

Thornton studied Textile Design at the Scottish College of Textiles in Galashiels and after graduating in 1984, she worked in theatre wardrobe at the Byre Theatre in St. Andrews and the Royal Opera House in London, before returning to Scotland to train in the traditional craft of kiltmaking.  She launched Crimson Textiles in 2005 and in addition to making kilts and working on her own range, Thornton also designs and produces work for other fabric designers.

Drawing upon her experience as a skilled kiltmaker and her passion for working with Scottish fabrics, Thornton designs and creates textile accessories which include neckwear, bags, hats and her statement knotted textile jewellery.  Working from her garden studio in the shadow of the Ochil Hills, Thornton creates pieces which beautifully blend the traditional with the modern in unique and contemporary ways.

Of her exhibition at Concrete Wardrobe, Thornton commented, “This September at Concrete Wardrobe I'm looking forward to showcasing new products using a mix of my favourite  fabrics - linen, tartan & tweed - with a scattering of polka dots, added to my signature range of knotty tartan jewellery.” 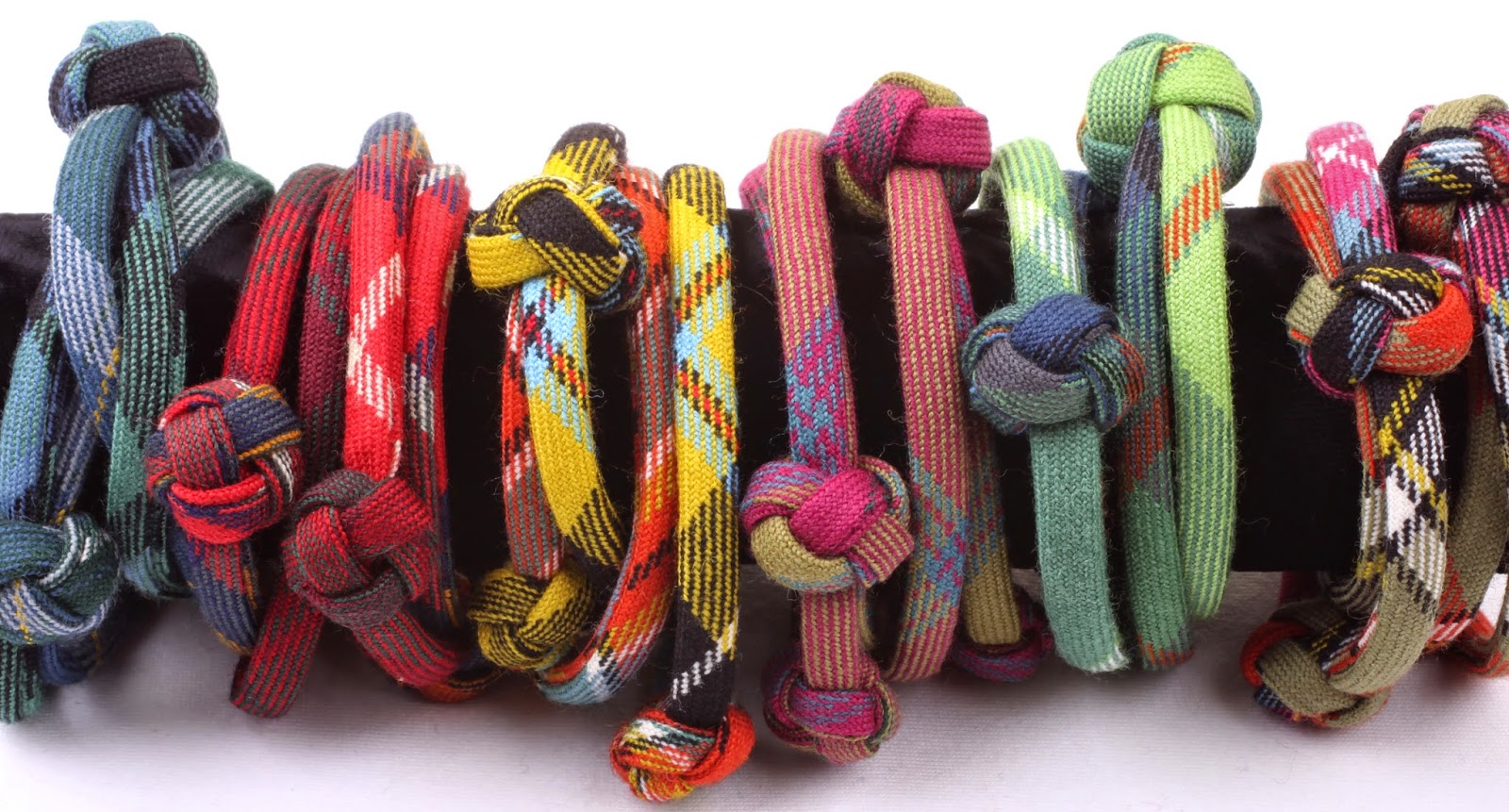 James Donald of Concrete Wardrobe added, “We are delighted to see the return of Crimson Textiles as Maker of the Month this September.  Lesley Thornton’s textile accessories are beautifully crafted, visually striking and highly wearable.  We expect her exhibition to be very popular with locals and visitors alike”. 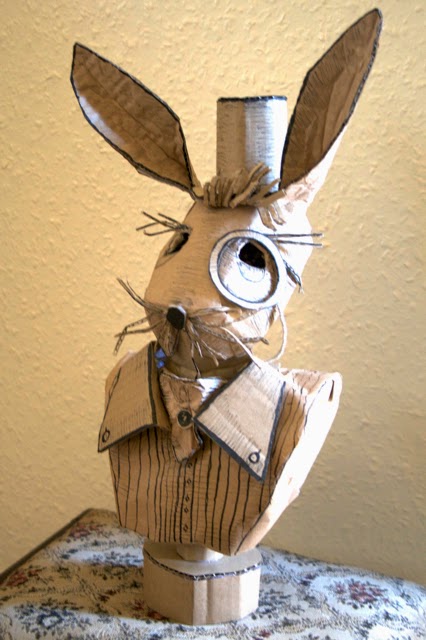 My name is Charlotte Duffy and I make sculpture from recycled cardboard.

2) What is your main inspiration?

Blimey there are so many it’s tricky to pin down a main one. Other artists such as Joseph Cornell, Marcel Duchamp and Grayson Perry have been a great inspiration. But it’s usually really very mundane things that inspire me on a daily basis, everyday objects, modern architecture and abandoned objects.

I work from a little studio in an attic in the village of Auchtermuchty.

I’m never very relaxed unless I’m making something. So when I need to put the cardboard to the side for a while I like to make music or take photographs. But there’s also nothing quite like putting some records on and having a wee beer after a long day in the studio.

5) Tell us something surprising about your studio space/education/life
experiences.

Well I share my studio with a tortoise called Icarus who was given to me by my parents on the 18th birthday. Also I have a cardboard box tattooed on my arm.

I studied Philosophy at the University of St Andrews. Which wasn’t always my cup of tea. But I spent a great deal of time studying the philosophy of art and aesthetics which was really important to my practice today as it made me really consider where the value of art should lie.

7) What’s the best advice you can give to other makers or have received?

I think authenticity and honesty is really important. I like to think that everything I make has a great deal of myself in it and that’s all that matters. I don’t particularly care what happens to that piece after that – it being placed in a gallery won’t make it a better piece than if it’s in a shop window. Quite early on I was advised to really work out what part of the process was the most important to me and it wasn’t how it was sold or who it was sold to, but the making of it. And that is the only way I have managed to make cardboard my full time job.

8) Where do you see your creative practice going?

My work’s been getting bigger and bigger over the last few months so I would really like to create an entirely cardboard environment to scale one day soon.

9) Who would you like to have over for dinner?

Tracey Emin, Tolstoy and the cast of The Good Life.

10) What is the best thing about being an independent maker?

How much hard work it is. I have had a variety of different jobs and none of them have had me collapsing into bed at the end of the day like this do. 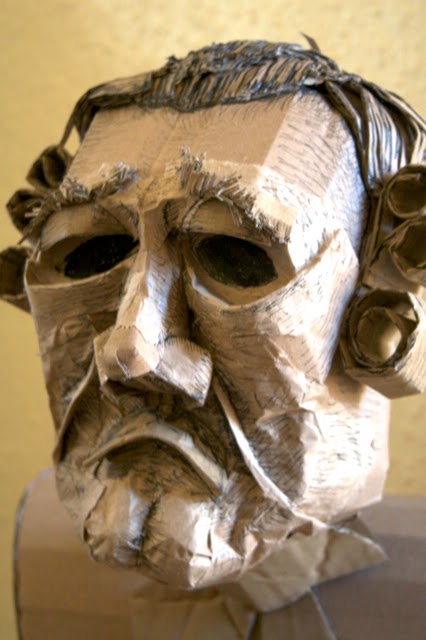